Getting closer to a solution for a 911 966 that stalls at idle - bad electrical wiring somewhere! And start motor replaced.

So today I finished off replacing the starter motor - pulled the thorttle body and plenum a week or so ago, then got distracted.

Anyway, also tested my Y cable (alternator-starter-battery) which I replaced around 2018. Cable is good, but there's a short somewhere in the cable to the battery, as there's some continuity with the engine block!

Anyway, I'm OK with car electrics but not a pro, so if there's anyone smart out there let me know how to investigate further!

Starter motor is done at least. 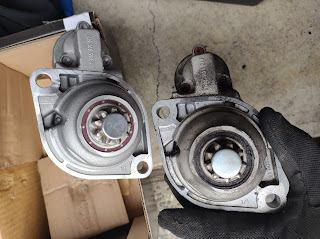 Nothing wrong with the old starter, but I'd bought a new starter on sale a few years back and lockdown #4 is a good opportunity to fit it. 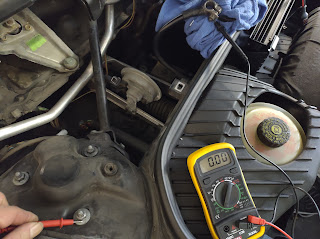 Did some testing - this is with battery disconnected from the car. Continuity between ground terminal and ground bolt is perfect. 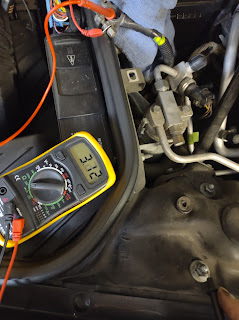