During 2019, the roof in the 911 was getting slower to open and close. Checking the hydraulic fluid reservoir, it was slowly dropping indicating a leak somewhere. No big deal, I'd top it up, and all would be well for a few months.

However, November 2019 I found a big puddle of hydraulic fluid in front of the rear left wheel - clearly a big seal had gone somewhere.

This is a reasonable common problem, especially on a 20 year old convertible.

The basics is that there's a hydraulic reservoid (only holing maybe 140ml or so of fluid, with the same amount stored in the hydraulic lines and actuators). However the seals eventually go bad with time. As they crack and leak, you lose fluid, to the point that there's nothing in the reservoir and so the roof won't open or close. A little leak can be topped up, but it's not a proper solution.

So I ordered a replacement seal kit on eBay, and waited until now (Aug 2020) for a global pandemic to shut my workplace down so I'd have some free time to get everything done.

For my loooong video see below! 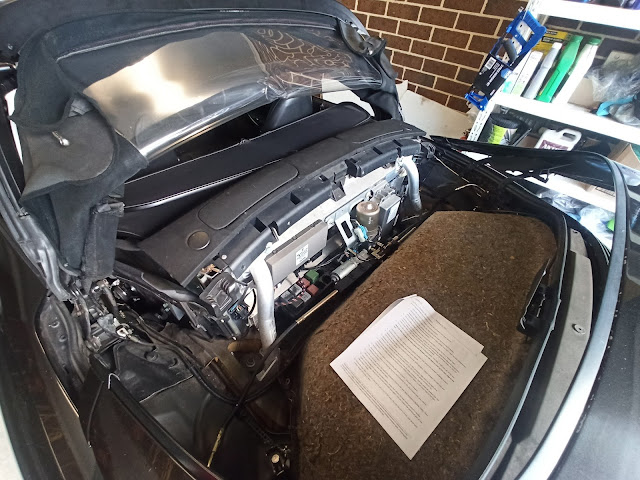 To get to this point, hopefully when you hit the open/close button, the clamshell will retract. Stop the process when the clamshell is back as far as possible. Look under the rear window and unclip the retaining clips on either side then fold the roof back on iself. There's 4 plastic clips to pop off, then lift the carpet out. 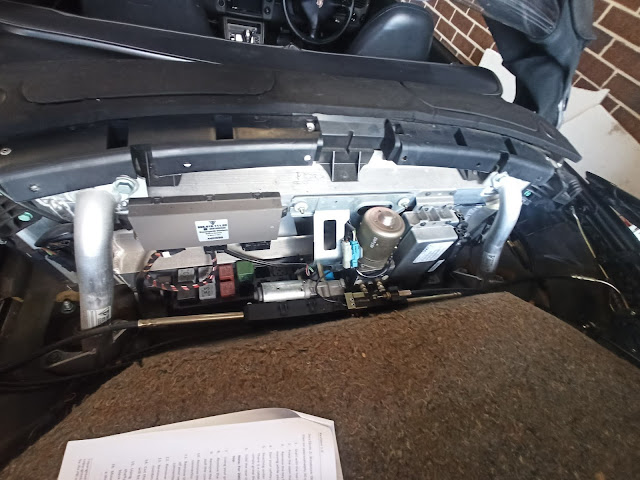 Now, if you just wanted to check the hydraulic fluid level, you can see it dead centre - that cylinder thing - or more accurately the white plastic reservoir underneath it. There's a 5mm allen key to remove the plug, and you can refill the reservoir. 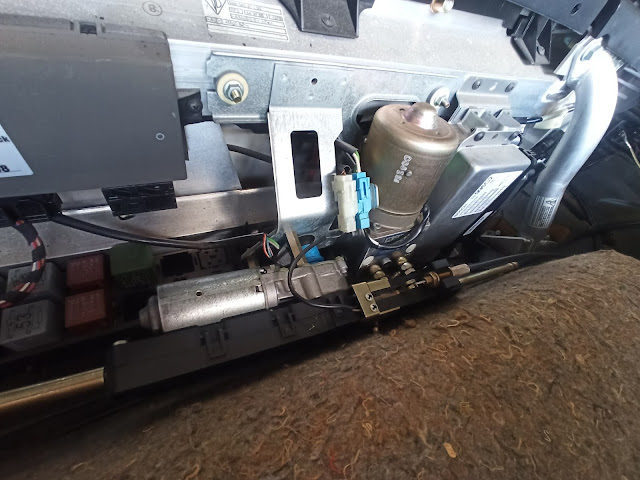 On my 1999 model, the electric motor to move the clamshell is right up against the hydraulic pump. To remove this, unclip the connecters, there's a couple of 10mm bolts holding the motor onto the angled bracket. There's also some weird plastic cone stuck behind the bracket, yank on it gentle to remove. Then use straps or rope to retract the motor out of the way. Follow the lines to the side and there's a couple of cable ties to snip and remove. 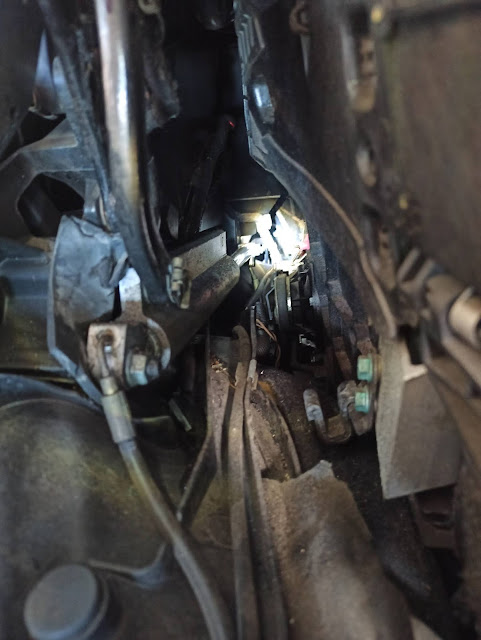 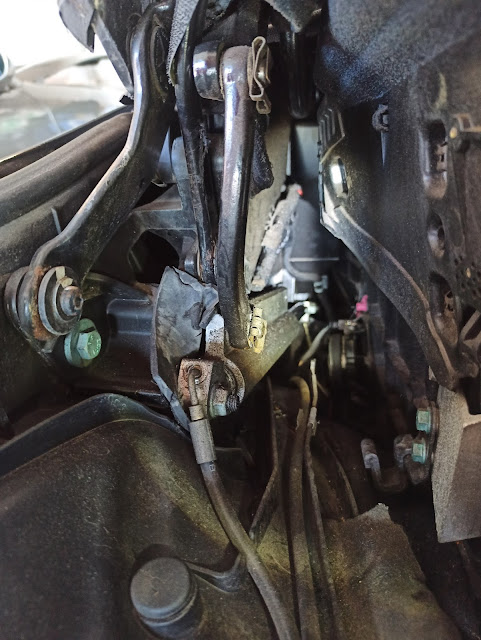 There's a metal bar connecting the cylinder to the roof with some clips - these are removed by lifting the clips with a flat screwdrive. 13mm bolts on each end of the actuator itself. Remove the inside rear speaker cover to easily access the other end of the rod.
Be careful when removing the left cylinder, there's a projection to the left that fits in with a plastic arm that connects to a potentiometer. This tells the car what position the roof is in, so it can co-ordinate the movements, latches, clamshell etc. 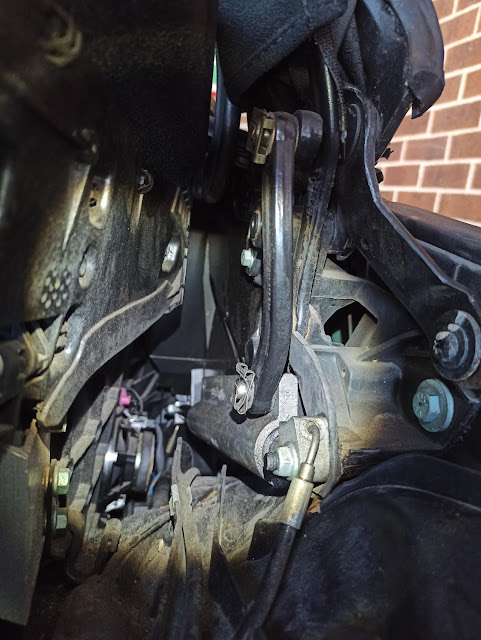 Right hand side cylinder. There's no potentiometer arm on the right side, but when you remove it, you'll see the channel where a guide pin on the cylinder slides along. If you look down the end, you can see the rear speaker. From inside the car, remove the rear speaker grille (just 2 torx screws) and you can access the other end of the cylinder to unbolt and remove. 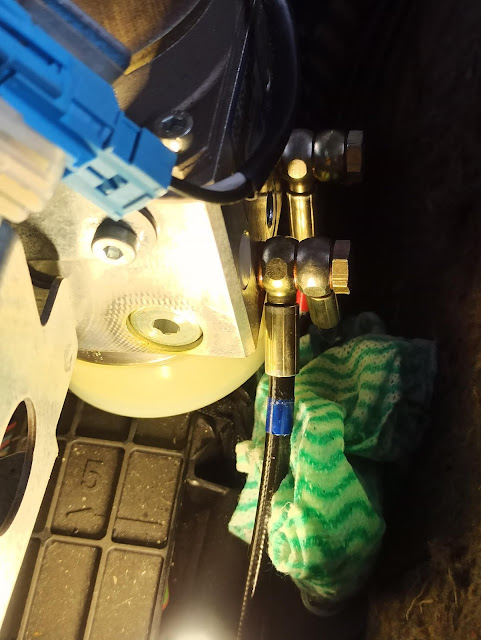 Main hydraulic fluid reservoir. Not easy to tell, but that white tank is almost totally empty. 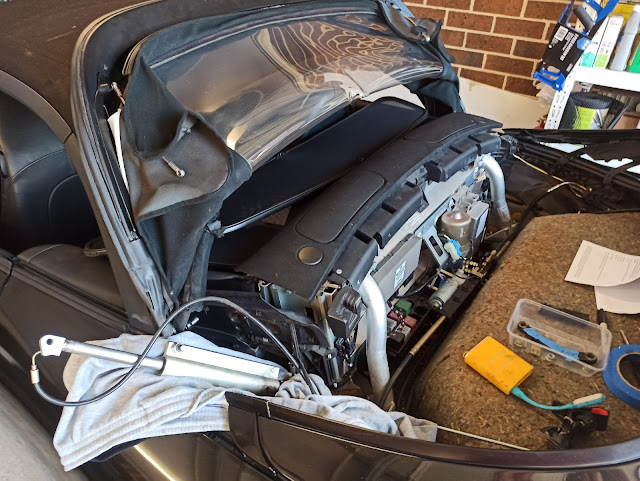 After removing the 13mm bolts holding the cylinder in. There are some clips that hold the hydraulic lines in place. 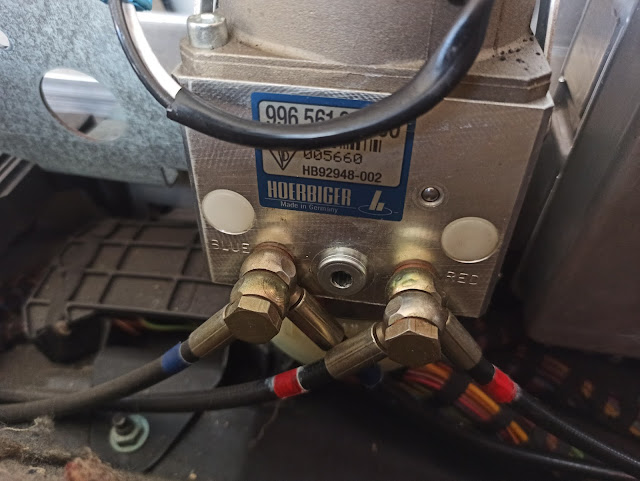 When it comes to disconnecting this end, it's colour coded. Use a 12mm socket to loosen the bolt, and be careful not to loose any of the washers! There's a big one nearest the pump, and thinner washers between each connection and the main bolt. The bolt with the 5mm hex in between is where you refill the fluid. 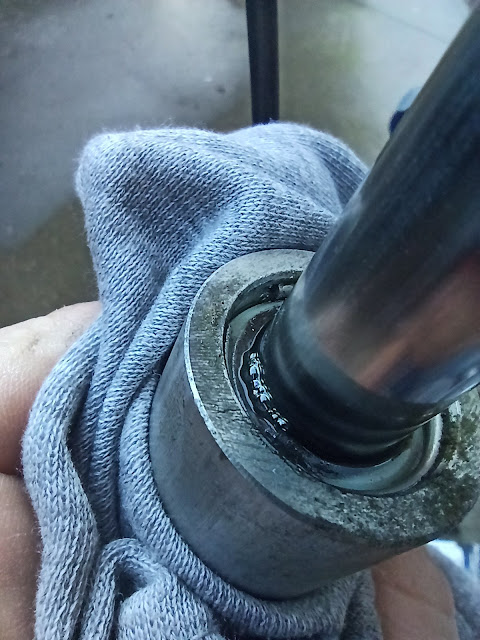 Removed from the car, you can see the extent of the leaking seals. You can also see the wire clip on the inside of the cylinder, and I found these difficult impossible to remove myself, so I took the cylinders to a hydraulic repair shop with the new seals to replace.
This is the only step in the repair I had to outsource. Some people have drilled holes through the cylinders to push them out. If you've got as far as removing the cylinders from your car but can't get the seals done yourself, just google  "hydraulics repair" in your area. Apparently using tiny screwdrivers or picks, you can manage it yourself. However if you gouge or scrape the rods, there will be a constant but small leak after that, so be careful! 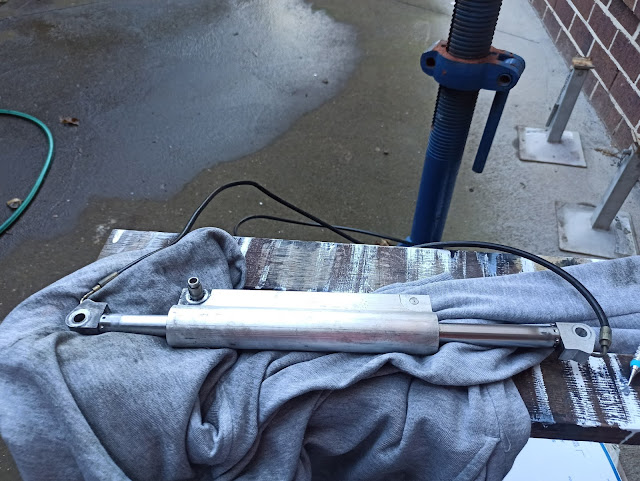 Be careful not to kink or crush the hydraulic lines, or risk further leakage! 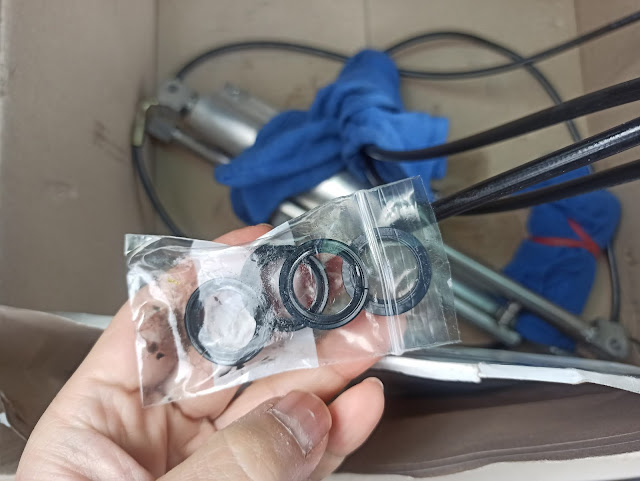 After receving the cylinders back, these are the original seals removed from the cylinders. New O-rings already installed and tested. 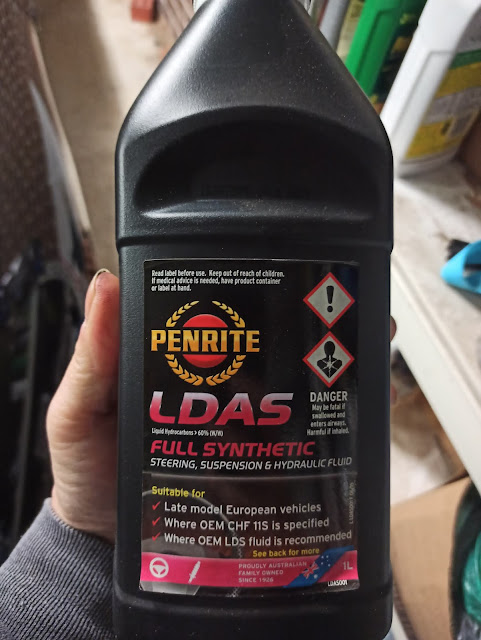 This is the fluid used to refill the fluid reservoir. Get CHF11S and you should be fine. 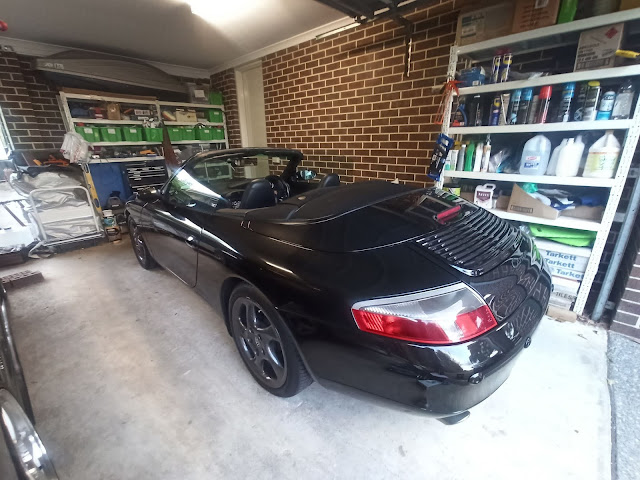 Installation is the reverse of removal. I had to refill the reservoir, run the top up and down a few times, then refill the reservoir again. Will check fluid levels after I've run the top a few dozen times more, and it may take time for the air bubbles to bleed out of the fluid and for the system to completely fill.
It's great to have the roof working again - even though it's the middle of winter here right now. The satisfaction of doing it yourself, understanding the intricacies of the mechanism, troubleshooting - and of course, not paying someone else to do it!