Got a Bosch 3.8bar fuel pressure regulator for about $50, as I had a suspicion the old FPR wasn't great - the vacuum tube was a little wet. 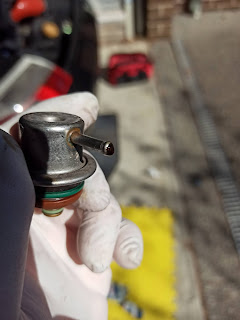 Removed old FPR - used needlenosed plier to remove the retaining clip, and the old FPR wedged in pretty tight, so yeeted it out with some pliers. You can see a drop of dirty old fuel dripping from the vacuum port which is no good. 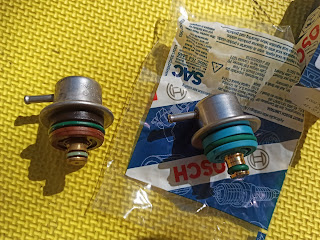 New replacement fuel pressur regulator. Push it into the fuel rail, and press down on it while reinserting the retaining clip. 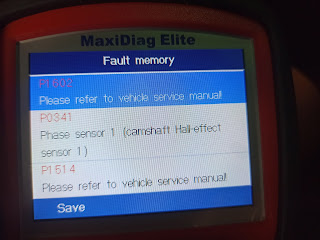 Started up again - still terrible idle and stalling almost immediately after starting. Interestingly, getting some different codes. P1602 is because I disconnected the battery for an hour. P0341 is camshaft sensor to bank 1 - actually, I've been ignoring the code for a couple of years now.
P1514 is to do with the idle air control valve - haven't had that code before, and I've only jsut removed, cleaned and tested it and replaced it.
Anyway, next thing to do, I grabbed my fuel pressure tester and hooked it up the the fuel rail over Bank 2. 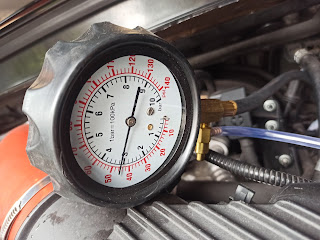 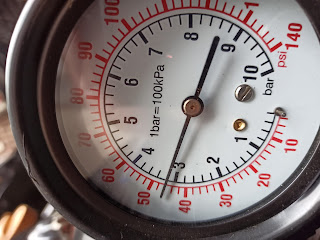 With key in, engine off and fuel pump on, we get a solid 3.3bar that doesn't fall away.
With engine running, and foot holding the throttle open a bit, we get 3.8bar as expected
So... i'm thinking the fuel pump is good, new fuel pressure regulator is good... erm - worth checking the fuel injectors? Doesn't seem like a big deal to remove them and visually inspect at least. Just drop the engine a couple of inches and remove a few wiring plugs and bolts. Maybe next weekend.

So, continuing on the saga of the 996 that barely turns over, trying to figure out if a fuel issue is causing it, as that's kinda what it sounds like to me.
Made a fused lead to jump the fuel relay pins 87-30 to manually activate the fuel pump, still hard start.
Then a thought - it looked like I had half a tank according to the fuel gauge, but the odometer read 290km or so, which is not what I can normally get on a half tank! Added 20L from a jerrycan, still same problem - no not a faulty fuel gauge then (could be empty but reading half full)
Next, to check actual fuel output.
I removed the return fuel line from the 3.4L - need a 17mm spanner. This is located under the coolant expansion tank, left side of engine. 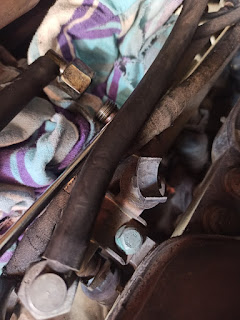 Used some spare heater hose and a hose clamp to connect to the threaded end.
Then, used fused cable again to jump pins 30-87 on the fuel pump relay. Factory specs say there should be 850ml output in 30 seconds 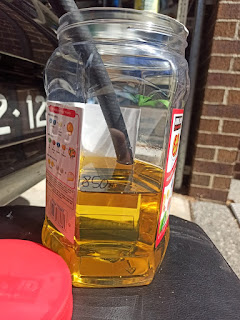 Had a spare container which I'd previously marked 850ml - and guess what, exactly 850ml in 30 seconds. If there was less than this, I would test output after the fuel filter, and then again at the output of the fuel pump.
So, it appears the fuel system is OK - good pump, good filter, good fuel pressure regulator. Relay should be OK as well, since I jumped it and had the same poor idle symptoms.
Feels like I'm running out of cheap/easy things to test now!