So the other day noticed a huge amount of white smoke when starting the car cold, and a very high idle (1500rpm) when in neutral or park.

Read codes and got this 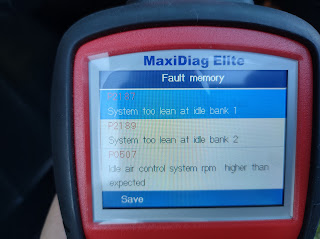 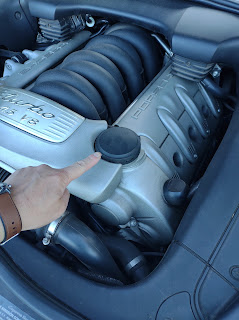 Apparently Porsche won't sell you the 50c diaphragm, wanting to sell you the entire valve cover instead for a kidney and liver.
Anyway, I removed the plastic cover and found a very obviously broken crankcase breather hose, which has a connection to the AOS as well. Broken hose = no vacuum = defective AOS operation. 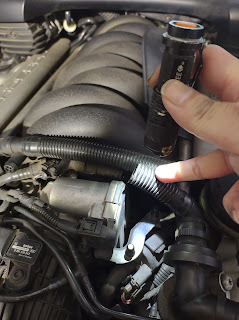 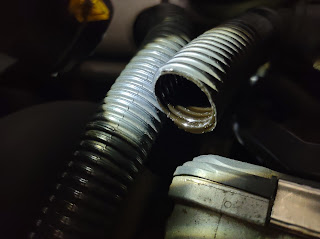 Also removed the AOS cap after a great deal of swearing, and found the diaphragm was sound - removed it from the cap and checked it inside and out. 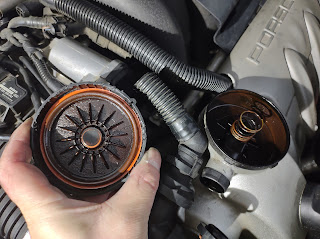 Anyway, found a seller on Aliexpress who would send me a new cap, diaphragm, plastic mount and spring for just USD $30 delivered - bargain! And only took 2 weeks to Melbourne.
To repair the broken crankcase breather hose, I'm not going to spend $100s on another thin plastic hose that'll break - instead, I removed the piping from the end connectors, grabbed some 16mm PEX pipe from Bunnings and used a little bit of gasket maker to seal the ends - this will never break. 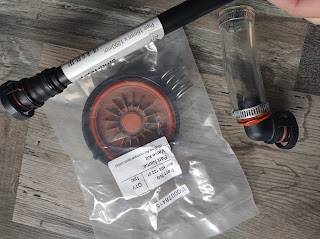 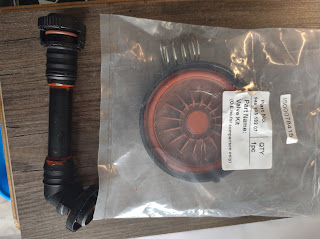 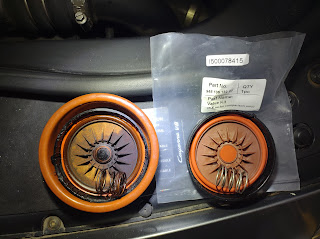 Replaced the AOS with the Aliexpress one, replaced the crankcase hose and engine cover. All is good - no white smoke, plenty of power, and we're back in action again for about $50! 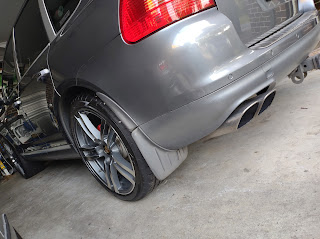