Day 3 of lockdown #6 and no end in sight. Guess I've got a little free time to do those little chores I've been putting off.

The rear hatch on the cayenne has been falling down for a while now, and I've had replacement parts sitting around waiting to be installed. 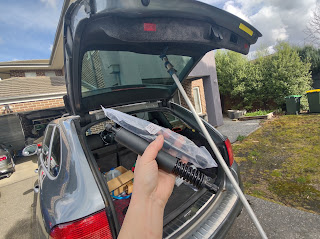 Prop up the rear hatch with something and hold replacement parts triumphantly. 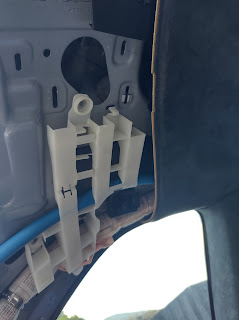 Skipped a few photos - but pull on the rear centre roof trim (with the little light in it) and unclip the light. Then remove the screw hidden behind a little flap on the side panel, pull off side panels. That'll expose this white bracket which is held in by 3x torx screw. Remove it and set aside. 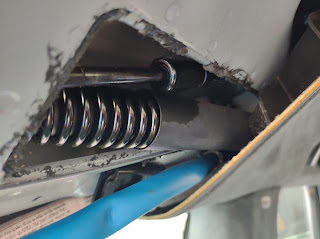 Pull down the rubber gooey flap hiding the gas struts. To remove, get your flat screwdriver and pry ovv the metal retaining clips at both ends. To get to the rearmost clips, look at the external hinge and you'll be able to access them easily.
The large strut is for the bootlid, and smaller one for the glass window. Replace both - don't try to save a few bucks by only doing the bootlid! 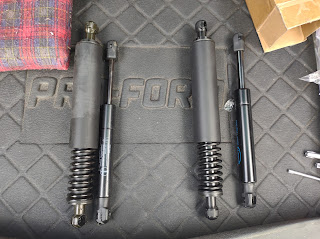 Before installing the new struts, you need to lift off the retaining clips, but not remove them entirely. Slide them towards the ball end of the strut using your flat screwdriver, they'll stay attached, then you can slide them into place once installed to lock them in securely. 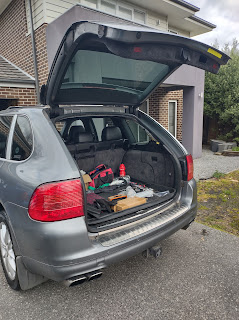 Mission done. Bootlid is held up high with no drooping.